Demolition of History and Heroes

Culture is a difficult thing to change. It may be easier to destroy. To properly send culture into an upheaval requires the control of the educational system, teaching revisionist history, defaming the heroes and what they stood for and command the power of the language. A good example of controlling the language:  Illegal Alien = Illegal Immigrant = undocumented Immigrant = migrant. Refining the language into the phony idea of Political Correctness is foundational to undermining the freedom of the English-speaking people.

Our Founding Fathers, most notably George Washington, John Adams, Thomas Jefferson, James Madison, Benjamin Franklin, set forth on a grand experiment. Freedom and Liberty. A government ruled by the people.

Washington and Jefferson have become targets of the left for the sole reason of being slave owners. Set aside what they accomplished; it no longer matters. This revision is being taught in many of our public school systems today. Not that the Founding Fathers built our country and put their lives on the line for freedom and liberty, but that they were bad people because they owned slaves.

I have not understood why John Adams has not become a hero of the left. He refused to own slaves.  He supported big central government and was willing to stretch or break the meaning of the constitution. It was those actions that contributed to the end of the friendship between John Adams and Thomas Jefferson. Jefferson’s crafty political maneuvering allowing him to defeat Adams in his bid for a second term did not help either.  Although I do not agree with many of Adam’s political actions, I do admire him all the same. If it were not for his angry persistence for freedom, our nation might have never come to be.

In many states, we are witnessing the removal of historical icons and history books are being revised because of the pervasive, “That triggers me, makes me feel sad, please take it away.” culture that has infected us like a virus. Helicopter parents who raise their children ready made for “Safe Spaces.”

Good examples of this are the “Safe Spacers” wanting to remove any reference to American Indians. Images of proud warriors and chiefs are being removed, History is being made to bend because of perceived exploitation and terrors inflicted on our American Indian brothers and sisters by the white man. (Read angry white male.) There are Confederate statues across the southern and eastern parts of our country being demolished.  Somehow the Safe Spacers and left socialist supporters believe that if you remove the statue, it erases an unfortunate part of our history. The icons should remain to remind us that we cannot let it happen again.

Teaching revisionist history could be the deadliest sin of all. Every person of historical note has their own set of foibles. We are humans, after all. Without a solid understanding of REAL history, we will become the buffoons of the future – we well may already down that path.  Without a historical foundation, our freedoms will crumble right before our eyes.

We The People are the only ones that can stop this.

Books below are excellent reads about John Adams and Thomas Jefferson 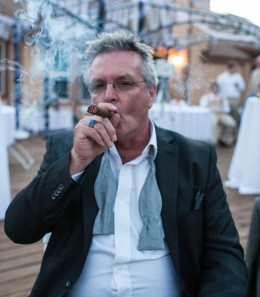 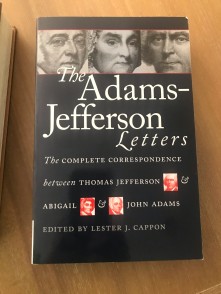 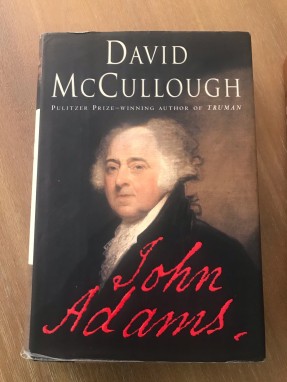